Thousands of people gathered in Harrow to take part in the 2015 Rath Yatra festival. The Chariots, carrying the idols of Lord Jagannath along with his brother Balbadra and sister Subhadra, were pulled through the streets of Harrow in what was one of the biggest street processions that Harrow has witnessed. 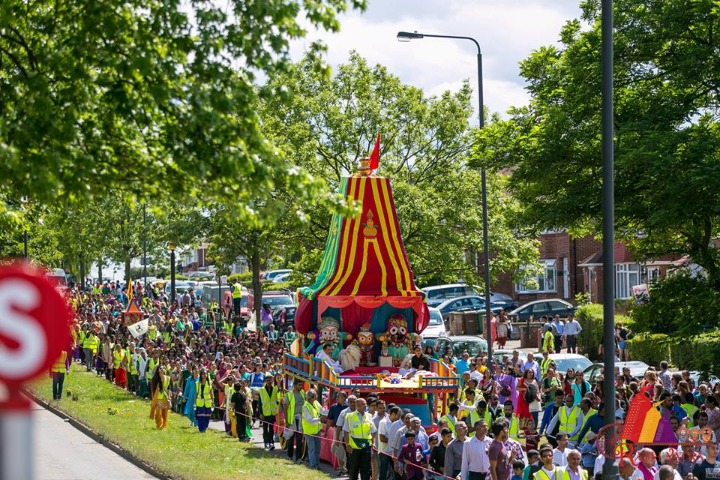 Rath Yatra is a landmark celebration, originating in India where Lord Jagannath is seated in a divine Chariot and taken through the holy city of Puri, in the State of Orissa. As the chariot is manually pulled along by the public, everyone chants the name of the Lord whilst joyously dancing and offering fruits, sweet scents and flowers to the Lord.

Hindus believe in one God who has many different forms and names. Lord Jagannath is an incarnation of the Lord himself. The literal translation of Jagannath is Lord of the world. Interestingly, the word Juggernaut was derived from Jagannath and has evolved in the English language to mean unstoppable force after European observations of the festival in Puri where the Chariot carrying the idol were witnessed ploughing through the streets of the town.

Over 4,000 people joined in the procession and many residents joined in the fun throughout the route to Stanmore. We were delighted to have the support and attendance of several Brent and Harrow Councillors as well as the London Assembly Member for Brent and Harrow Navinbhai Shah, Local MP Bob Blackman and Zac Goldsmith who is vying to be a London Mayoral candidate.

Younger members of the community were also given a starring role in the procession as they led a small chariot from the front as the procession entered Stanmore Temple. 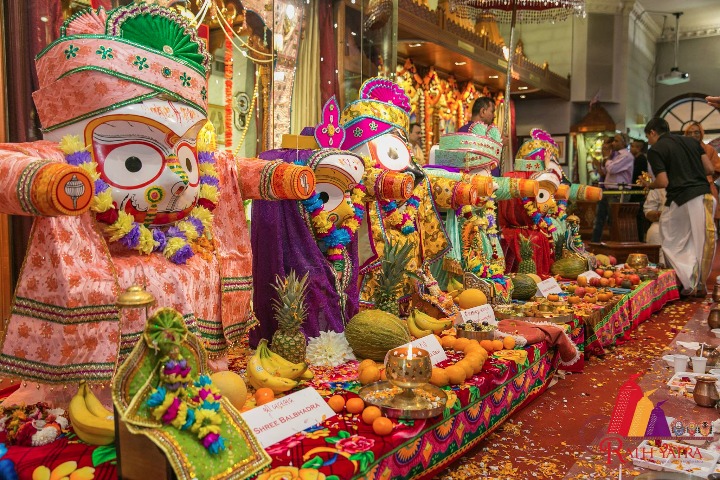